What what.  Seems I can’t keep up with myself on these.  Ah well, been busy!  In the headphones and on the Mackie’s…noise, psych-rock, some steppin’ thing called chillstep…it’s all over the place As of Late.

Over the top excitement on this one!  I’m currently on some sort of third or fourth listen of this new album from who seems to be a fairly new artist, Speck.  I am utterly floored.  Inside of ‘Find Me, Find Me’ I am completely lost, yet drifting in a sense of my own dismay, and enjoying it!  The distortion on the guitars throughout this album is not for the faint of heart – Speck requires all of your attention and will to hold on.  Moments of intensity almost unbearable at times will float right into pockets of beauty, often lead by a grand piano, or maybe a harp.  Breathtaking.  Very remniscent of Christian Fennesz’s various works, yet even drier on the noise sections of the pieces.  I am taken aback by how well put together this entire 41 minutes are.  The two ‘Harmonia (Hymn)’s are particularly standout, although the length of the album really runs together as one piece quite smoothly.  Through the pieces lush riffs of melancholy vibrations lurk in the foreground, while pieces of what may be Speck’s life come twirling out at you in random patterns, making for a very disorienting ride…ride the waves of static, if you will.  I’d never heard of the new Echotourist label before, but I’ll definitely be keeping an eye on them.  If you’re a fan of noise, drone, field recordings, or of course, all three – this is not to be missed.

Catch free downloads from Echotourist at their Bandcamp page: http://echotourist.bandcamp.com/

What can be said about The Black Angels?  They are by far one of my favorite active bands of the time.  I was introduced to them through a friend and was instantaneously sucked into their swirling tribal spiral.  The on-point repetitive drumming through many of the tracks add an element of hypnosis, pulling you in even deeper to the realm of the late 60’s and early 70’s guitar heavy era.  Groovy at times, if you will.  Guitarist Christian Bland’s guitar lines are wet with pedals as can be, continuously.  Flange, distortion, echo, and more…classic elements sounding fresh and inviting to your ears.  Alex Maas’s vocals are soothing to the ears, pulling feelings of Morrison through your brain again.  I had the pleasure of seeing them live (finally) this year in their hometown of Austin, Texas during their annual festival the Austin Psych Fest.  Four days of 8-10 hours of non-stop rock music bliss.  Their set was definitely a highlight out of the 50+ bands.  While the group now has three full length’s, the first two are just enough in a different direction to really hold them in a special place in my heart.  I will continue to follow this incredible project until they quit or disband, and know I will listen to these albums over and over for years to come!

Alright, think of taking a bit of Burial, Baths, My Bloody Valentine, Boards of Canada, Shigeto, and maybe even a bit of newer BT, smashing them all together seamlessly, and rather politely.  That is the best way formulated to describe the sound heard from this project.  Almost 40 tracks I’ve gone through from Stumbleine now and I’m sucked in every time.  This could easily the closest sounding to what may be true chillstep.  Lush fields of nostalgia and new found love right after you lost a love are all around you.  Bask in it, if you will.  ‘Glacier’ from The Night Before is quite possibly the most listened to selection at the current moment.  The soft echoing vocal calls you into the state of mind being spoken to you throughout this uplifting three minutes and forty four seconds of pure joy.  Catchy popped riffs elegantly executed on top of the triple-clapped, crunched, and extremely wet snares; a style that has been becoming more and more of a standard within certain brands of subgenres of dubstep.  Not much information has come out so far about Stumbleine.  I honestly couldn’t find much intel out there in the good old World Wide Web besides the facts that the project is from the UK, joined Crackbook on 12/14/2010, and has a ton of music on their Soundcloud for you to fall in love with.

This has to be one of the most amazing albums of it’s kind.  Every time I listen to it, which is somehow not more often, I am taken aback by mesmerizing beauty unfolding in my ears.  Each track is carefully gliding right through your senses, filling them with another land, not far off, but just within reach over the horizon.  The weather is beautiful, if you will.  Being the only release on Sensotech, Russian Artem Galukhin (Артём Галухин) delivers a true masterpiece, one even the brothers of Boards of Canada, whom it seems to be partially inspired by, would appreciate.  The pieces are synth haunting heavy throughout, yet always reminding you at all times how beautiful life actually can be (and is).  Multi-layered drum sections allow you to gently ride the river down this immense drone filled cavern.  Unfortunately Sensiva hasn’t been heard from in years at this point, but one can always hope that more material may surface someday.  Definitely can sense this one being a favorite for many many years to come. 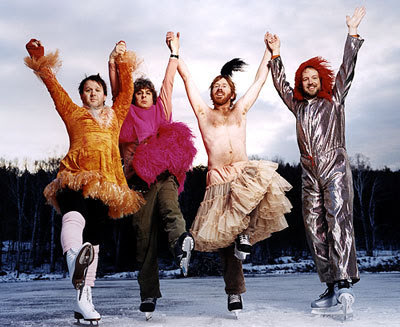 This may surprise some of you to read this.  Well, be surprised, be very surprised.  I absolutely LOVE Phish.  My first girlfriend ever introduced them to me through the “A Live One” live CD on Elektra back in 1996 or so.  Since then I’ve had my waves of going in and out of listening to them non-stop, and this summer has been one of those IN times.  Massively addicted with no end in sight, if you will.  Along with the incredible collection of live shows that what.CD has to offer, and working outside (Phish goes great with the outside, don’t ya know?), there has been “way too much” Phish going on around the property according to my roomie.  Beyond that I will say nothing, but I will list off a few of the selections I’m listening to on repeat lately:

Glorious.  Stumbled across this thickness through a good old friend of mine who knows more about the true sounds of dubstep as a whole more than anyone I know.  He sent me over to his Soundcloud page, and the evening I decided to check it out, I ended listening to everything he has posted up, possibly multiple times.  Extremely minimal, lush, subtle, cleanly dirty, and at a different than normal speed than most songs in what’s subgenre.  Some of the best dubstep I’ve really…ever heard!  Reminiscent of Kryptic Minds’s extremely clean yet spacious sounds, yet bringing in more of a light tough of Eastern influence instead of locking you away in the basement the whole time.  Completely blown away.  Wen has no official releases yet, but the mind’s behind Dusk + Blackdown seem to be keen on the youngster, with rumors of some output on their Keysound Recordings.  We can only hope.  Until then I will continue to soak in whatever he puts up on Soundcloud, which by the way is at this link: http://soundcloud.com/w3n/tracks  Excited to see what the future hold’s for this newcomer!

Badaboom.  ‘Till next time.